The Wagner Companies produce over 55 million board feet of lumber annually and supply the furniture, cabinetry and specialty use product industries worldwide.

Wagner purchases standing timber from private landowners as well as logs from loggers and landowners throughout New York State and the Northern Tier of Pennsylvania to supply our mills.

Started in 1976 by Les Wagner and Steve Schaeffer, Wagner Lumber began sawing hemlock to order.  Over the next 15 years Wagner Lumber grew from two employees to fifteen and changed its emphasis to the high quality northern hardwoods of our area. Since 1988 lumber production has increased to sixty million board feet annually.

In 2001, Wagner Lumber purchased its second facility in Cayuta, New York, called Wagner Hardwoods.  This move doubled the size of the company and positioned The Wagner Companies as one of the largest hardwood lumber manufacturers in the northeast.

Continuing with their history of innovation and expansion, The Wagner Companies purchased Pomeroy Lumber Company of Nineveh, New York in 2007.  Also during 2007, Wagner established a full service log yard in Friendship. New York.

These acquisitions, along with the knowledge and experience of our people and the efficiency and flexibility of our facilities, allow The Wagner Companies to better serve our clients in the logging and timber portion of the industry through a stronger geographic presence, as well as to provide a greater variety of lumber products to our customers around the globe. 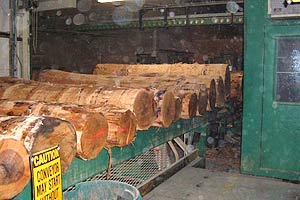 Here at Wagner, we essentially have three businesses under one roof:

In all three of these endeavors, Wagner has several guiding tenets:

We use cookies to ensure that we give you the best experience on our website.
I accept